After a somewhat truncated Sommerer Family February Get-together, most of us retired into Jefferson City to attend a fund raiser for Calvary Lutheran High School. Uncle Ralph Sommerer organized the event with performances by the Rowden Review and the Homestead Pickers. They played Blue-Grass and Old-Timely music, and both groups were really entertaining. It was a great event. I’d guess about 500 people attended. The Homestead Pickers play at Silver Dollar City, and Uncle Ralph and Aunt Lolly have been watching them for years. They invited Uncle Ralph up on stage to help with one of the numbers. Luckily, Lauren caught it all on tape. 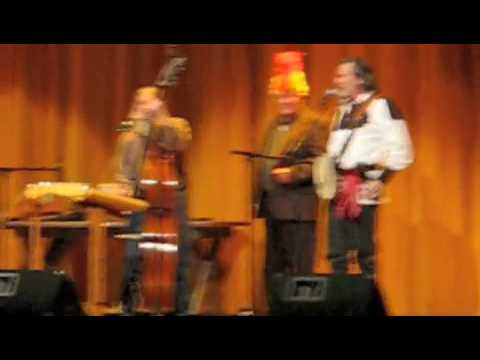 Danny Sommerer and his sons, Lance and Chance, helped behind the scenes, and although Sam Sommerer served as MC, his dad had the best line of the night: When the Homestead Pickers asked Uncle Ralph what his hat said he replied, “It doesn’t say anything. It just has letters on it.”

One thought on “Uncle Ralph plays with the Homestead Pickers”